Radiohead - A Moon Shaped Pool
Very soft and soulful, but not boring. Gonna need to listen to this a few more times to see how much I actually enjoy it. Favourite track's probably Ful Stop. 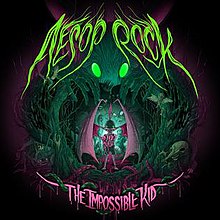 Aesop Rock - The Impossible Kid
I've neither listened to Aesop Rock in a while or completely listened to this album, but from the 2 singles I have heard, it's classic Aesop Rock flows with real heavy beats.

Death Grips - Bottomless Pit
*Insert moaning fantano noises*This new album's great. It's fast, it's hard, and it never stops til the end. I was coding so I wasn't paying full attention, but the songs didn't particularly stand out from each other. All great songs, but wasn't one that made me stop listening to the rest of the album just to hear that one again and again - until the last song. I FUCK YOU IN HALF, I FUCK YOU IN HALF.

I'm not very good at this blogging thing.