Next Music From Tokyo 9 When you're going to see 5 bands from Japan, one of which is an idol group, play in a half pipe on the 2nd floor of a bike shop in downtown Toronto, you're bound to have a good time. This time, I elected to go in blind and watch the show without seeing any of the band's music before hand, except for Jizue who I saw 2 years ago at NMFT 6. Before the show, Steve actually came to talk to us in line, which was pretty cool. One thing he said was that the sound quality at Soybomb (The venue) wasn't as good as Lee's (The other venue which I went to in previous years, an actual venue), but I could argue otherwise, being a few feet away from the bands and their amps, rather than a whole stage and a crowd. Talking about the size of the place, I got to recognize people very quickly, and they got to recognize me (Mostly the other moshers) and it was a real amazing experience, everyone was super friendly, no one went overboard, near the end of the last show, a group of us even made a circle and kicked our feet into the center. Overall, the more personal feel of Soybomb just triumphs over Lee's features so well it's gonna be hard not to come back next tour in May, though I'll probably go to both shows next time around. 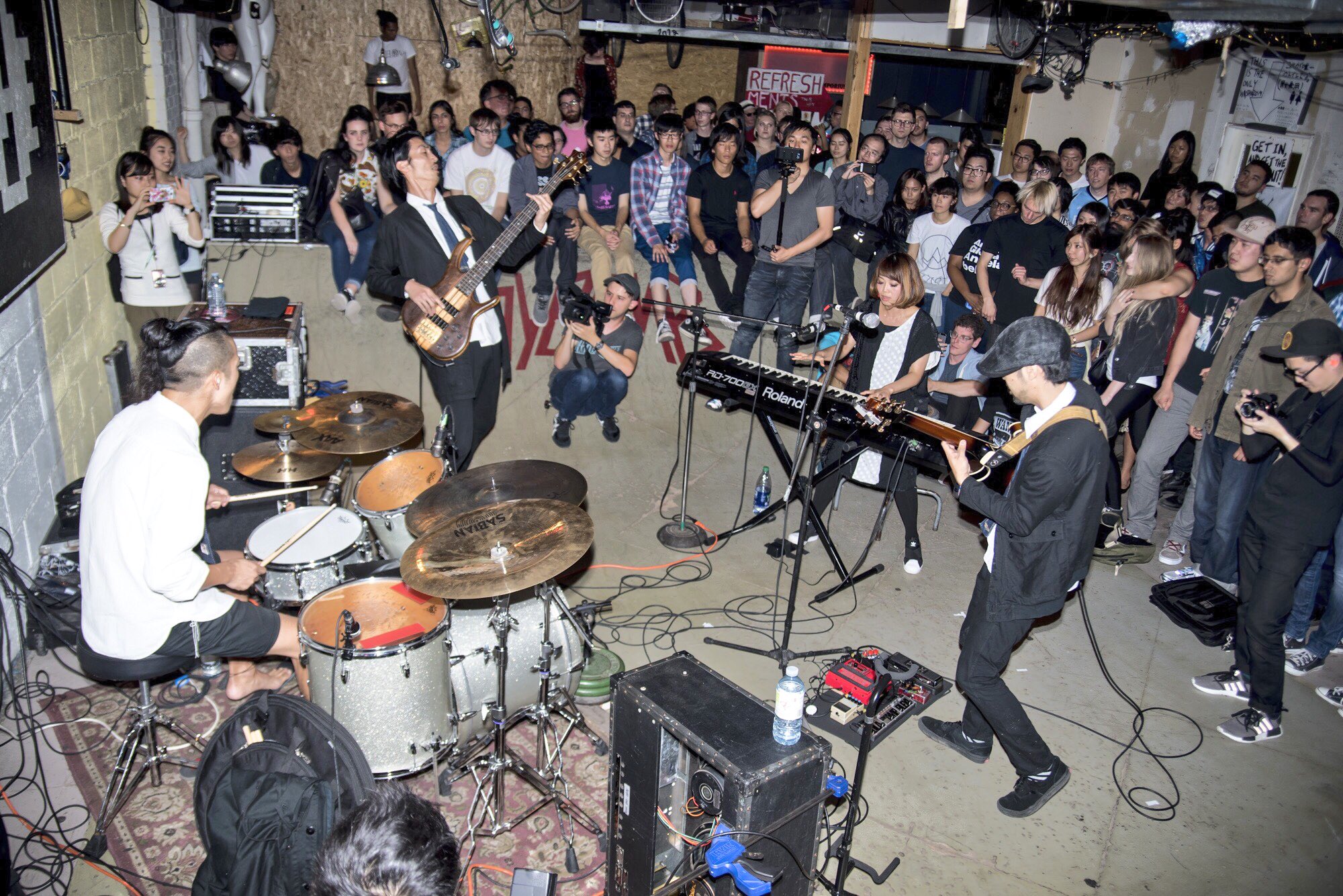 I never really take pictures, so I'm waiting on the photographers to upload their reels, should be some interesting material.