2017-02-05It's been about 8 months since I posted my shelf, and I had recently gotten a bunch of stuff, so thought I'd post an update on that. 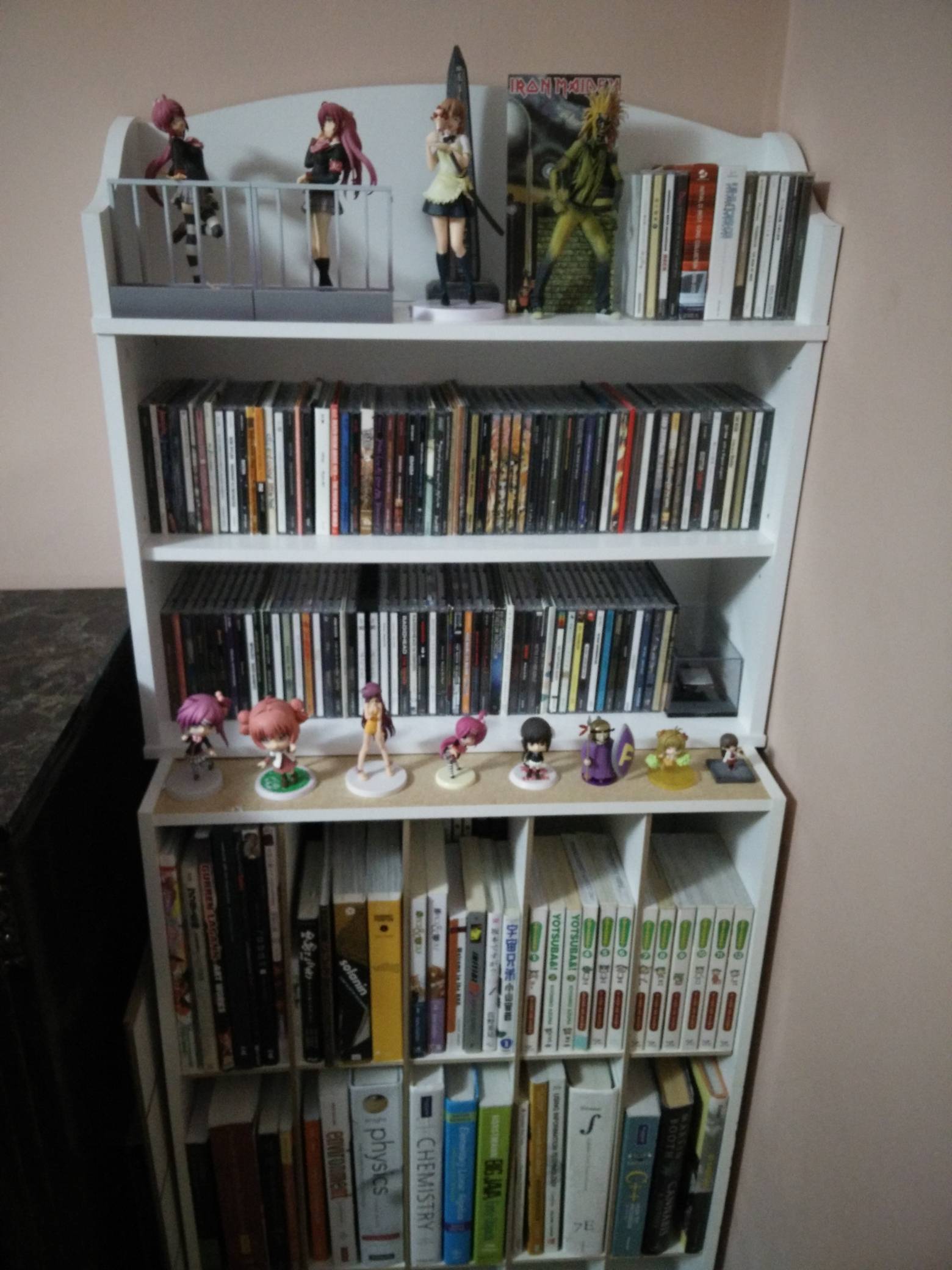 January 2016 - 2 new figures
Got a new shelf to prepare for the amount of stuff I'd be getting, however, the shelf ended up having less space in a way than the old two shelves. Here I still have the CDs alongside the walls, I've since taken them down, to consolidate all my CDs into one area. I think it looks better with them on, but it's not practical enough to keep up. My currently packed full shelf. A problem since I still have a figure and mecha coming in. Also to come in still are a couple of Boris CDs, which'd almost bring my count to 200.